One week after our study on a better Common Agricultural Policy was presented in Berlin, NABU and BirdLife Europe organized a similar but even bigger round-table event in the „capital of Europe“. The feedback was clear and encouraging: Fresh ideas are welcome and timely for an expensive policy that fails to meet society’s needs.

On 16th November 2016 we invited representatives of EU institutions, Member States and stakeholders to the Representation of the State of Baden-Württemberg in the centre of Brussels – to discuss the future of the EU’s Common Agricultural Policy (CAP). NABU  had commissioned a study to Dr. Rainer Oppermann from the German Institute for Agro-ecology and Biodiversity (IFAB) and Sebastian Lakner from the Engineering Office for Nature Conservation and Agricultural Economics (INA). NABU commissioned this study in order to provide a constructive stimulus for the upcoming debate on the next CAP reform by showing not only that radical changes to the existing policy are needed (from both a social and an environmental perspective), but also that real alternatives do exist.

The event was attended by more than 120 participants, hailing from the European Parliament, the European Commission, many Member State representations as well as various stakeholders and NGOs from all over Europe. 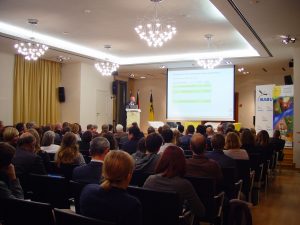 Peter Hauk, Minister for Agriculture and Consumer Protection of Baden-Württemberg, opened the event by acknowledging the importance of protecting biodiversity and citing agri-environment measures widely implemented in Baden-Württemberg. He stressed the need to take economic needs of farmes into consideration when discussion CAP reform.

Dr. Eick von Ruschkowsi, NABU’s Head of Department for Nature Conservation and Environmental Policy, welcomed the audience. He introduced the topic by describing the reform of the CAP and its 40% monopoly of the EU budget as a “never ending story” that appeared like a “dinosaur” to some and like a “holy cow” to the others. Eick made clear that, from NABU’s perspective, farmers are essential to keep our countryside alive, but in most cases truly sustainably farming is not rewarded by the market. He promised that NABU would keep on fighting for a better policy – and seek the dialogue with farmers.

Dr. Rainer Oppermann and Dr. Sebastian Lakner then presented the main conclusios of their analysis. The study proposes an alternative model, in which the current system of de-facto unconditional direct payments is replaced by payments contingent on the fulfillment of specific sustainability criteria. The amount of money received by each holding would depend on the extent to which targeted measures, such as those promoting biodiversity, are implemented. These payments not only compensate farmers for income foregone but also provide attractive economic incentives. In this way, many more farmers can be encouraged to make a significant difference for nature and the environment, thus ensuring that public money is used (only) for public goods. The calculations presented in the study show that many German farm businesses would be financially better off in the reformed system, if they decide to carry out targeted measures for biodiversity and the environment at a larger scale and comply with certain sustainability criteria such as a minimum area of ecologically high value land or ceilings of livestock densities. The authors also pointed out that ways had to be found to simplify the agricultural payments system and to ensure that it can be adequately checked and inspected without threatening the effectiveness of the measures. 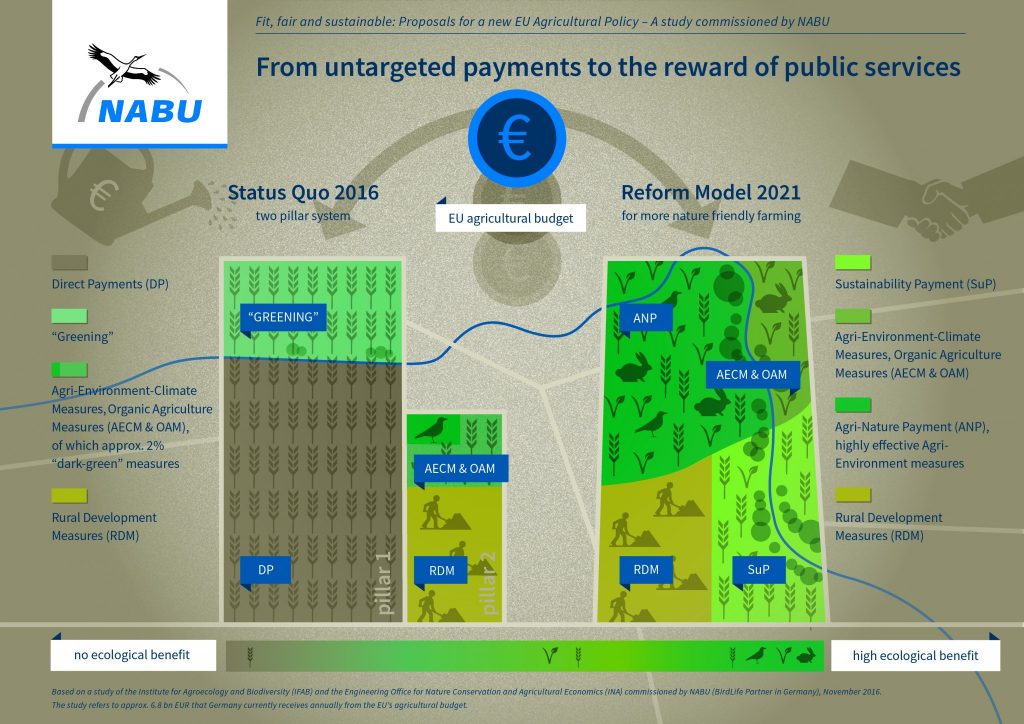 Following the presentation, there was a lively more than one and a half hours of panel debate and an open Q&A with the audience. This part of the evening reflected unanimous dissatisfaction with the last CAP reform amongst farmers, environmentalists and Member States alike. Both MEP Maria Noichl and the Member of Cabinet of Agriculture Commissioner Hogan Christiane Canenbley stressed that the future EU budget needed to be results-focused. It was made clear that regulatory law as an instrument remains important in order to prevent environmental damage, especially from farms that might decide to quit public subsidy schemes in the future, especially as the CAP budget is expected to shrink.  MEP Maria Noichl also claimed that most of the existing CAP support benefits the biggest farmers that then buy small ones, increase land prices and block new entries. Trees Robijns from BirdLife Europe insisted that only a Fitness Check of the CAP would ensure that the fundamental questions are asked. Jannes Maes, Vice-President of the Young Farmers in the EU, highlighted that the economic viability of farmers had to be ensured, but stressed that farmers would always prefer market based solutions over subsidies, and that his organisation would not „by definition“ defend the current Pillar 1  of the CAP. 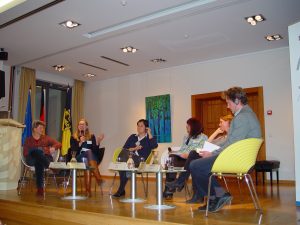 To regain forces after the debate, NABU offered traditional food from Baden-Württemberg such as “Maultaschen” and “Kartoffelsalat”, as well as drinks from the region.

The study can be downloaded at www.NABU.de/cap2021 (full version in German, Executive Summary with NABU conclusions and presentation slides also available in English).